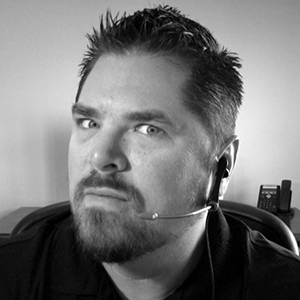 by Bill in Humor

I woke up this morning and went to the office like any other day. When I walked in, I found it odd that nobody else had made it in, I'm usually the last to show up.

So, like every other day, I got some coffee, signed in to my computer, and started reading email. Very odd, the last email I got was around 7:00p the night before.

On an erie whim, I dialed our main business number from my mobile, it rang busy, disturbing, we were expecting a flood of new customers today.

I walked down the hall and opened the closet that housed our expensive pbx, it was in shambles. Somebody (or some thing) ripped it to pieces and some of the wires actually looked like they had been gnawed on.

Like most businesses, our desk phones connect to a pbx that we paid way to much money for, that really didn't give us the features and flexibility we need to be competitive and agile.

No phone calls today, like so many others, we only have the one phone system, it's a single point of failure.

I walked back to my desk, refreshed that a few others decided to show up for work.

"Did you hear?" said a co-worker. "Hear What?" I replied, half interested.

She continued to rattle on something about zombies taking over the world and went about her business while I was fiercly focused on us going out of business because we couldn't get any phone calls.

It finally happend, I always knew it would. Zombies. But life goes on and so must our business and we're not getting phone calls, our pbx is trashed, we're loosing thousands by the minute.

Apparently, these zombies like wires and circuit boards as well as brains. We need something that they couldn't get to, something in the cloud perhaps.

Something that doesn't have a single point of failure.

Something that won't cost a fortune, now that the human race is mostly flesh eating living dead, a demographic that likely won't need our products.

Ah! What's this? Exactly what we need ... Trussville Telephone.